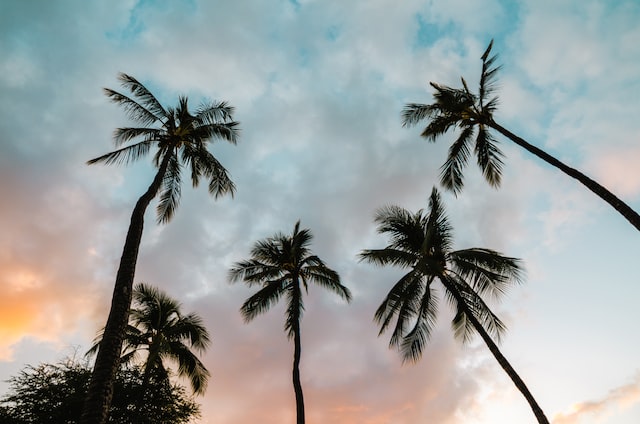 Hawaii’s top islands are teeming with top-notch dining options, five-star lodgings, and an abundance of wildlife.

The 1,500-mile-long archipelago in the Pacific Ocean is made up of eight significant Hawaiian Islands. However, if you ask someone to name the top five islands in Hawaii for tourism, they’ll probably mention the same five destinations that frequently top lists like this one.

The Island of Hawaii, which took first place on the list last year, ranked second this year and is now regarded as one of the greatest islands in the world. Rainforests, volcanoes, and a snow-capped peak are among the 4,000 square miles of landscape that make up the area.

The beaches provide just as much variety, with guests able to spread out their towels on black, white, or even green sand that was created by crystals ejected by a volcanic explosion around 50,000 years ago. The Four Seasons Resort Hualalai offers magnificent five-bedroom villas as well as hostels for surfers who want to roll out of bed and into the waves in Kailua-Kona.

Look no further than Oahu if you’re looking for a culinary experience. Travelers may savor elegant delicacies prepared by aspiring chefs from the Culinary Arts Program as they hone their craft at the Pearl at Leeward Community College. To taste food from regional suppliers, visit The Beach House by Roy Yamaguchi at the Turtle Bay Resort. The numerous shrimp trucks on the North Shore are available for a fast snack.

Maui, which has held the top rank for nine out of the last ten years, is the greatest island in Hawaii. Learn why visitors still find it to be so captivating.

Travelers would be stupid to disregard the 30,000+ green acres of Haleakala National Park, despite the fact that snorkeling, surfing, and whale-watching along the 30 kilometers of beaches might fill an entire holiday. Additionally, it has an active volcano that rises about 10,000 feet above the Pacific Ocean and is home to more endangered species than any other U.S. National Park.