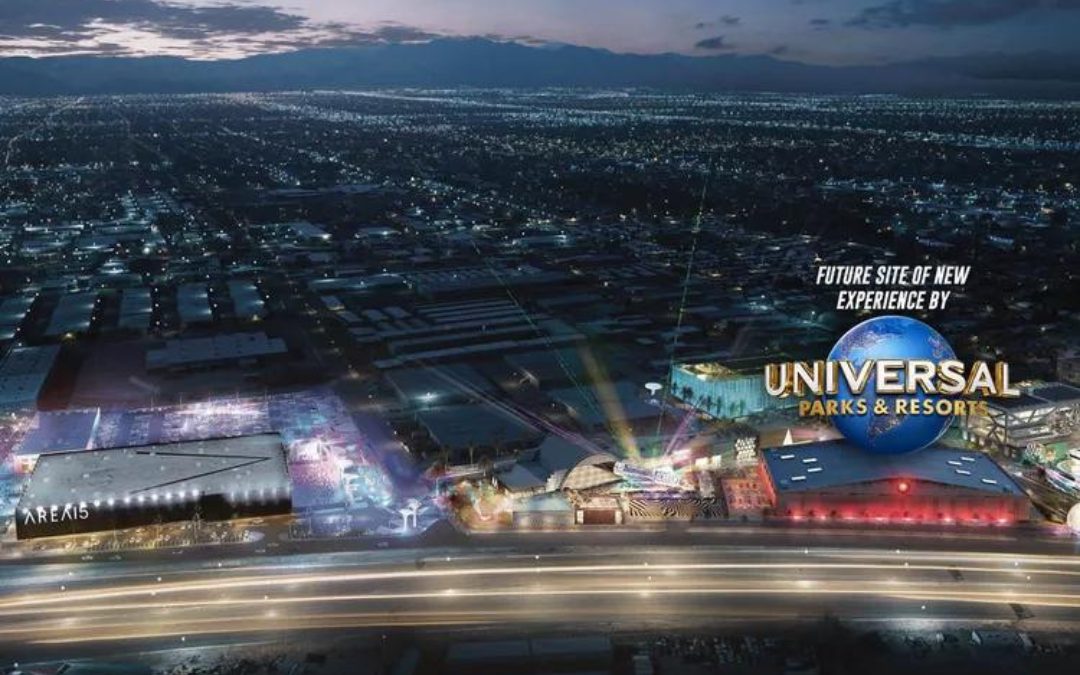 A brand-new experience with a horror theme is set to debut as a long-term fixture in Las Vegas, according to Universal Parks & Resorts. The brand-new, original concept comes from the minds behind Halloween Horror Nights, Universal’s wildly popular annual Halloween event.

It will include a variety of distinctive, immersive, fantastic horror-centric experiences that will surround high-energy food and beverage spaces by day and haunting bars and eateries by night.

This will be the first time the business has designed and produced a long-lasting terror experience, despite there being no opening date given.

According to the concept image released, it would serve as the flagship tenant of a brand-new 20-acre section of Area15, an off-the-strip arts and entertainment complex home to the renowned Meow Wolf’s Omega Mart. Area15 has welcomed more than four million people since its debut in 2020.

According to Universal, the location will also offer a consistently refreshed experience, must-attend seasonal events, and unique goods. The new Universal experience, which will take up 110,000 square feet as part of the extension, is a ground-breaking addition to AREA15’s history of immersive entertainment and art.

Universal, which is credited with creating the horror subgenre, will have the chance to draw from its extensive library of iconic horror movie franchises and figures, such as Frankenstein, Dracula, The Mummy, and the Wolf Man.

They will work with pioneers in the contemporary horror and suspense genres, including well-known filmmakers Jason Blum, James Wan, and Jordan Peele, in a manner similar to their yearly Halloween Horror Nights events.

The news was released concurrently with Universal Parks and Resorts’ announcement of the opening of a new theme park in Frisco, Texas. With the launch of Super Nintendo World at Universal Studios Hollywood set for February 17, 2023, and the planned Epic Universe theme park at Universal Orlando Resort, the business is experiencing an exciting moment of expansion.