Disney World may now be more expensive, but there’s still a chance to win a free trip there. 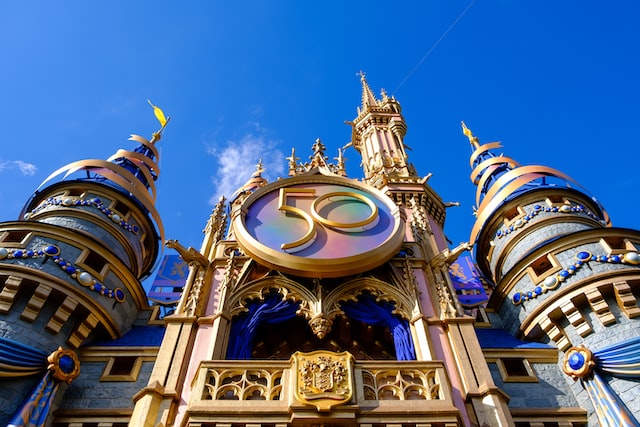 Twelve winners will each receive two nights at a Walt Disney World Resort hotel in addition to three-day park passes.

The Orlando tourist group is offering 12 free visits to the Most Magical Place on Earth, despite the fact that Disney World admission prices increased this week.

According to Visit Orlando, Disney fans may apply to win one of twelve fully funded visits to the theme park for themselves and three family members or friends. The complimentary excursions are given as part of Disney’s 50th-anniversary celebration, which began last year and will extend through March 31, 2023.

By December 5th, participants must submit an online submission form and a picture of “their beloved family, inner circle, or lifetime closest friends showing off their Orlando devotion.” From Dec. 6 through 12, one prize will thereafter be given away every day.

According to Casandra Matej, president, and chief executive officer of Visit Orlando, “there’s still time to enjoy the 50th-anniversary celebration of the Walt Disney World Resort and experience new attractions, special events, themed anniversary park décor, and more.” Friends and family will have the chance to make priceless memories at this once-in-a-lifetime anniversary celebration in Orlando thanks to this contest.

Each winner will receive three-day park tickets with a park hopper option, a Disney gift card worth $500, a three-day, two-night stay at a Walt Disney World Resort hotel, $250 in flight vouchers for Frontier Airlines travel to Orlando for them and their guests, and ground transportation from Orlando International Airport to Disney World.

Residents of the 48 contiguous U.S. states and Washington, D.C., who are 21 years of age or older, may enter the contest. Per individual, there may only be one entry.

This month, Disney is also honoring its anniversary and Halloween, including the much-loved Mickey’s Not-So-Scary Halloween Party. And the Walt Disney Company will commemorate its 100th anniversary the following year with a touring exhibition that is scheduled to make its debut in Philadelphia in February 2023.