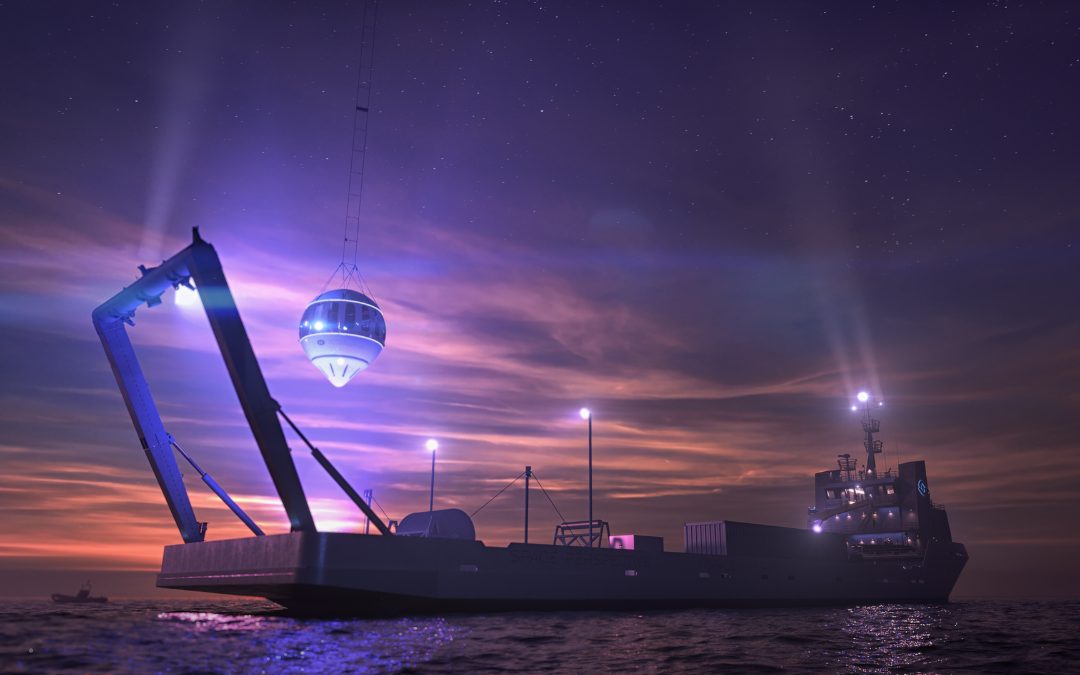 Today, MS Voyager was presented by Space Perspective. It is the first of a planned fleet of this new type of spaceport in the world and the first Marine Spaceport for human spaceflight. Launch and landing places for spacecraft are called spaceports.

Space Perspective now has the ability to launch from marine-based locations all over the world in addition to from land on Florida’s Space Coast, making it the first global space travel Experience Company that provides safe and sustainable trips to the edge of space from where Explorers live and play.

The name Voyager pays homage to the Voyager 1 Space Probe project, which on February 14, 1990, at the request of astronomer Carl Sagan, snapped a picture of Earth from all around the solar system.

That image, now famously known as the Pale Blue Dot, served as the inspiration for Sagan’s book of the same name and his exhortation to humanity to “preserve and protect the pale blue dot, the only home we’ve ever known”—words that still resonate with Space Perspective’s goal today.

Plans are in the works to include marine-based launches into major international events, and discussions are ongoing with a number of possible locations across the world to provide Explorers with awe-inspiring views of some of the world’s most famous landscapes.

We have always envisioned giving people the chance to see the most amazing natural phenomena from space, such as the Northern Lights, the boot of Italy, the sheer size of the Nile Delta, and the azure waters off the coast of the Bahamas. This is a reality because of marine spaceports like the MS Voyager.

MS Voyager and the View from Space in the Future Marine Spaceports provide the operational flexibility the firm needs to expand more quickly and tap into the supply-constrained global market for commercial space travel, which researchers recently predicted may reach over $8 billion by 2030[1].

In order to achieve the best launch circumstances, marine spaceports move with the sea breeze and navigate to areas of favorable weather, which enables year-round operations within a region.

This almost eliminates wind on the deck. This makes it possible for launches to happen more often and gives Explorers additional options for flight times throughout the day, including dawn and dusk flights for stargazing.