For 1001 Dreams Weekend on October 15 and 16, the Texas Renaissance Festival will be back. 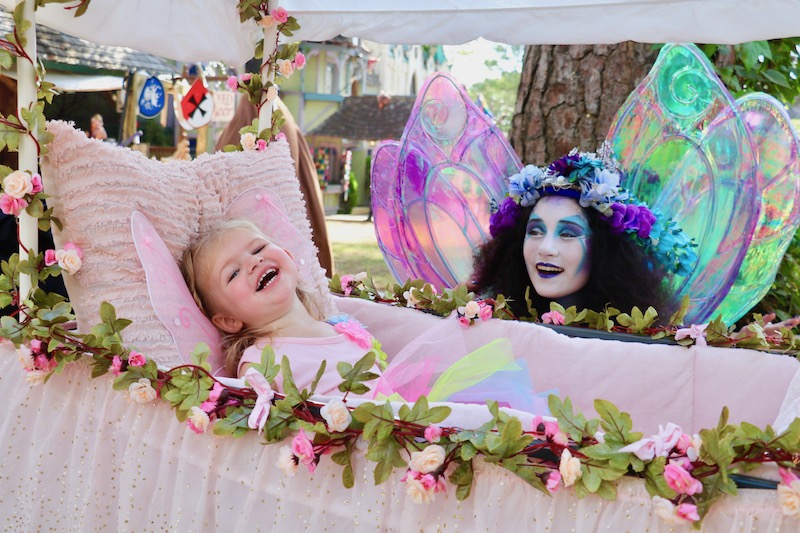 During opening weekend, Texas Renaissance Festival invites thousands of visitors back to the Kingdom. This weekend, on October 15 and 16, enjoy the return of fun, imagination, and faeries with 1001 Dreams!

This past weekend, fairgoers from all around the state were warmly welcomed back to the TRF. At the greatest event of its type in the nation, the King and Queen officially opened Oktoberfest at the Festival in Style while thousands of people enjoyed the entertainment, shops, and cuisine.

At the Texas Renaissance Festival this weekend, faeries, elves, and other fantastical creatures captivate the streets of New Market Village.

Support your favorite knight during the royal joust, see a performance at one of the 27 stages, and more as you browse the shops and restaurants throughout the kingdoms of France, Germany, England, and Spain. Customers can participate in the fantasy costume contest to display their magical flair or the fierce dragon wing-eating competition to see how resilient they are. The regal fireworks of his majesty signal the conclusion of each night!

The Texas Renaissance Festival is open every Saturday, Sunday, and on Thanksgiving Day through November 27th from 9:00 am to 8:00 pm. By ordering tickets in advance at TexRenFest.com, each participant may save $5. Additionally, Sunday admission is free for kids under 12!