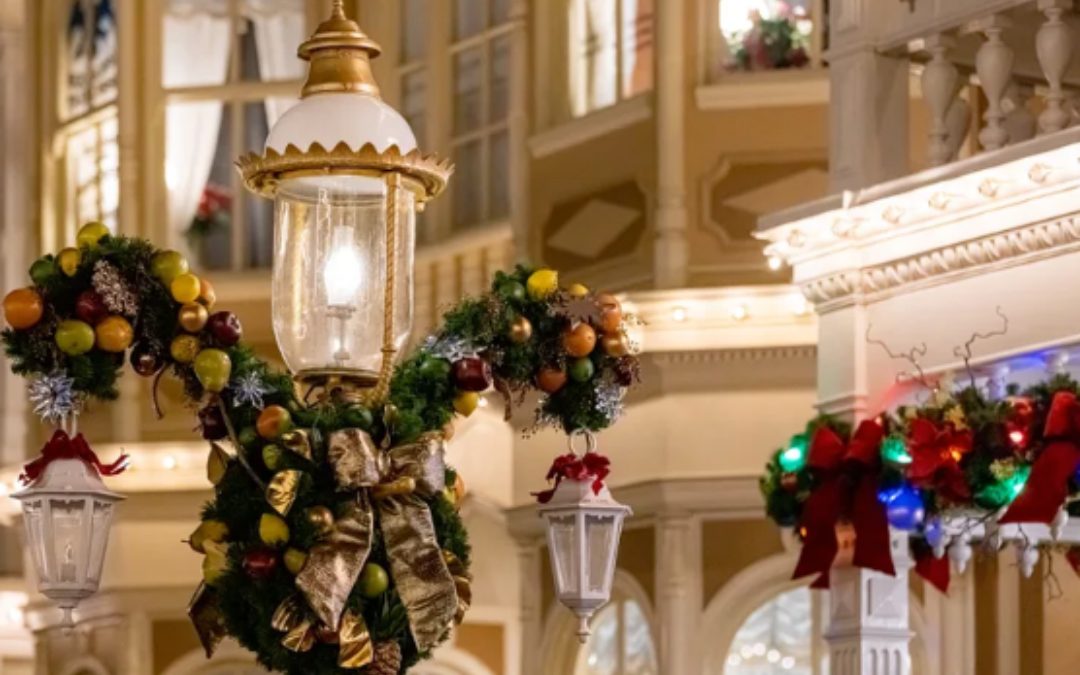 There are 29 “Icon Trees” totaling a height of between 15 and 70 feet spread around the 40 square miles of Walt Disney World Resort. Five to fourteen feet tall, the remaining 596 trees. The width and weight of tree toppers and stars may reach seven feet.

70 feet is the height of the tallest tree. It contains more than 33,000 pounds of weight and 1,200 different branches and is situated at Disney’s Contemporary Resort. With more than 200 unique light-up decorations and 16,000 lights, the tree is decked.

More than 12,000 branches and more than 110 tonnes of steel make up the resort’s Christmas trees, which are displayed throughout.

More than 15,000 extra-large decorations and 260,000 lights are required to decorate all those trees. All throughout the Walt Disney World Resort, there are around 5,000 garlands strung up. They travel about nine miles in total together.

A five-foot façade wreath on Sunset Boulevard at Disney’s Hollywood Studios and more than 1,700 other wreaths, many of which are intricately themed to their locations, are among the more than 1,700 that are installed each year. One is placed on the front door of the Haunted Mansion at Magic Kingdom Park.

Disney Springs has the most decorations, with approximately 2,000 unique items including trees, garlands, ornaments, and other holiday accents.

Walt Disney World Seasonal Services is in charge of all holiday decorations and installations. The squad has 50 full-time cast members. Every year, 90 additional seasonal cast members are added.

There is a giant gingerbread carousel in the foyer of Disney’s Beach Club Resort. One for each year it has been present at the hotel, it includes 21 hidden Mickeys that astute guests may uncover.

At seven feet tall and the same size as a young giraffe, the gingerbread giraffe at Disney’s Animal Kingdom Lodge is a perfect replica. A brand-new, life-size baby zebra constructed entirely of gingerbread is also part of this year’s exhibit.

A 17-foot-tall gingerbread Cinderella Castle is on display at Disney’s Contemporary Resort as part of the 50th-anniversary celebration of Walt Disney World. More than 4,000 gingerbread bricks were used to construct the castle.

A tribute to the massive painting in the resort’s Grand Canyon Concourse is made by the five-legged goats on show. As the castle has been on exhibit for 11 years, there are eleven goats.

A gingerbread replica of the BoardWalk Deli can be found at Disney’s BoardWalk Inn’s gingerbread display. It took Disney bakers 200 hours to decorate, 21 liters of honey, 500 pounds of wheat overall, and more.