In 2023, every SeaWorld park will debut brand-new rides. 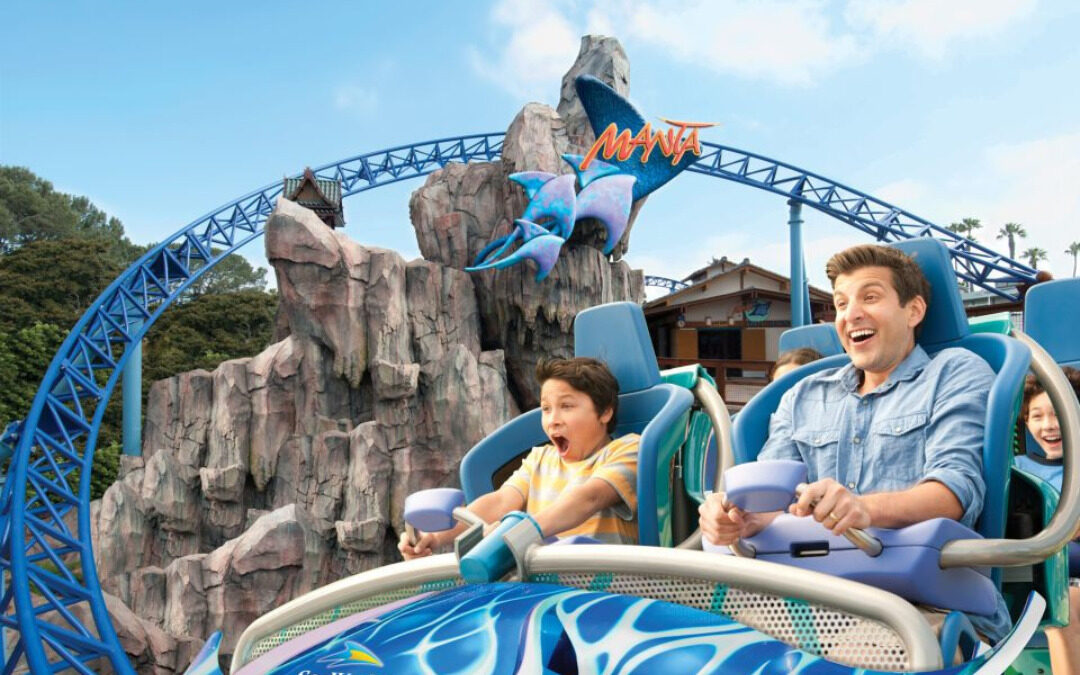 Today, SeaWorld made the announcement that each of its parks would welcome a brand-new, unique coaster in the spring of 2023. They include the first launched flume coaster in San Antonio, the longest and fastest straddle coaster in San Diego, and the first surf coaster in Orlando. Families and thrill seekers alike will benefit from the new attractions’ novel experiences. Members of annual passes will be among the first to ride with exclusive riding hours.

Marc Swanson, CEO of SeaWorld Parks & Entertainment, declared that 2023 “promises to be another exciting year for our SeaWorld parks as we launch more unique attractions and experiences that cannot be found elsewhere.”

Pipeline: The Surf Coaster will be the first surf coaster ever built.

SeaWorld Orlando’s newest ride, “Pipeline: The Surf Coaster,” simulates riding on a wave by having passengers’ seats rise and fall. The coaster’s top speed is 60 MPH, and it has five airtime movements, a novel “wave curl” inversion, and other nasty twists and turns that will make riders feel as though they are hanging free on a giant wave while standing still. This groundbreaking coaster is perfect for thrill seekers worldwide, with a planned 54″ rider height.

The fastest and longest straddle coaster on the West Coast will be at SeaWorld’s Artic Rescue in San Diego. The newest family-friendly coaster in San Diego, “Arctic Rescue,” will carry visitors on a frigid ride as they speed through the erratic arctic environment to save creatures in need.

Riders will begin their trip inside the Wild Arctic exhibit before launching outside while perched on a distinctive snowmobile-style vehicle on SeaWorld’s trendiest new coaster, which will include a unique indoor launch station. Each rider may have an immersive riding experience as they lean into bends and banks and glide up heights as tall as 30 feet around the 2,800 feet of track thanks to the straddle snowmobile-style seats.

The SeaWorld Rescue Team’s valiant efforts and commitment to aiding creatures in distress served as the inspiration for the ride.

The world’s first launched flume coaster will be Catapult Falls in San Antonio.

The largest flume drop in Texas, the steepest flume drop in the world, and the only vertical lift flume coaster in North America can all be found at SeaWorld San Antonio’s “Catapult Falls.”

This unique, family-friendly attraction will launch at 30 feet per second, giving riders the adrenaline rush of a coaster while also feeling the rocking and swaying of being on a water track. A flume attraction’s world-record-breaking plunge awaits riders once they reach the ride’s highest point. Due to the ride’s preparation for the ultimate drop, the stunning sights are short-lived.

The best way to enjoy fan favorites and anything new

An annual pass is the greatest way to enjoy all the new rides and old favorites. All Pass Members will be among the first to enjoy the new rides at exclusive riding hours. Additionally, Pass Members receive great privileges including unlimited visits, up to six free guest tickets, and admission to brand-new, exclusive events. Additional benefits include FREE parking, exclusive discounts on goods, food, and beverages, attraction Quick Queue, and behind-the-scenes animal excursions, among others.