Next month, the ‘Frozen’-themed Blizzard Beach Water Park at Disney World will reopen. 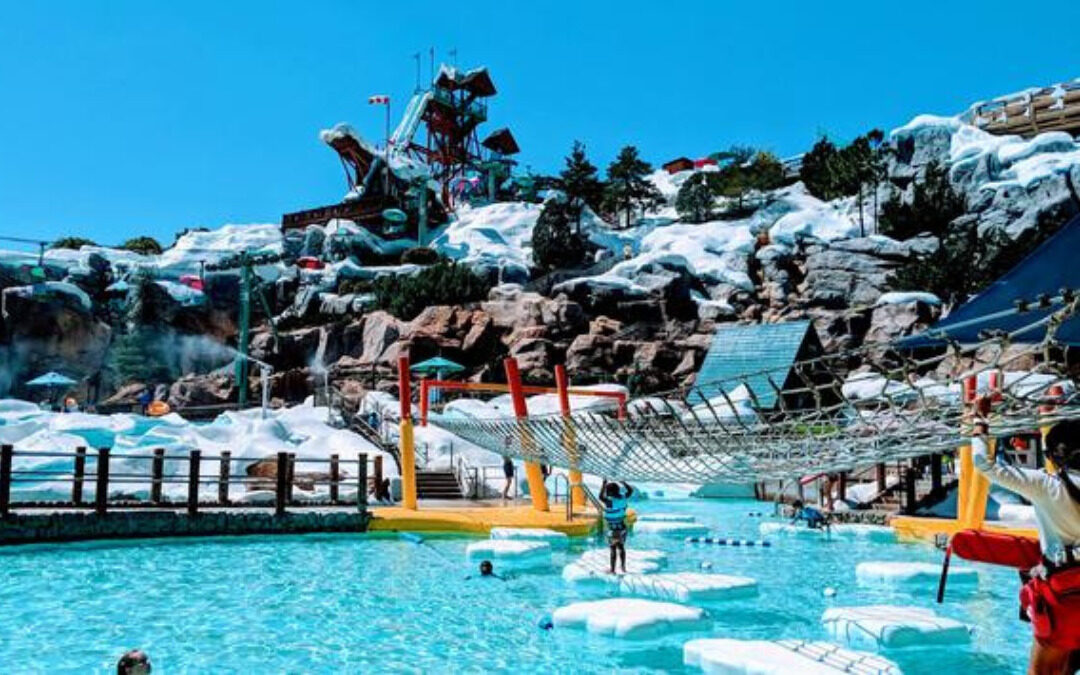 The water park will have Olaf, Elsa, and Anna waiting for guests.

The park will reopen with improvements inspired by the well-known movie “Frozen” after a protracted period of closure for renovations. Olaf, Elsa, and Anna’s igloo palace as well as statues of the endearing Snowgie buddies from the iconic movie will be added to the kid-friendly region Tike’s Peak, which already has polar-themed slides and a wading pool.

A “heightened Christmas vibe” will also be present at the water park, claims Disney. Through December 31st, there will be daily snowfalls, Christmas music, Santa dressed in a tropical outfit, festive inner tubes, and seasonal food and drinks.

A peppermint milkshake and an Orange Bird Santa cone are two festive delicacies. The well-known paradise with a winter wonderland motif has kid-friendly amenities including a lazy river, waterslides, a chair lift with a beach theme, and a heated wave pool.

Its landmark, “Mount Gushmore,” which is home to Central Florida’s highest and fastest free-fall body slide, is admired by thrill seekers.

A separate ticket is needed, and one day of park entrance costs $69. Theme park tickets have a park-hopper plus add-on option available.

All guests staying at a Walt Disney World resort are entitled to complimentary transportation, and Disney’s Blizzard Beach Water Park visits are now not subject to park reservations.

Disney announced the changes in a news statement. New menu items with Frozen themes will be available at its various eating and drinking establishments. Along with new menu options like savory cajun shrimp and grits, food classics like the Ice Cream Sand Pail Sundae will be back.

Typhoon Lagoon, Disney’s additional water park, is presently operating at Walt Disney World but will close on November 13 for renovations. It has not yet been specified when the restaurant will reopen.