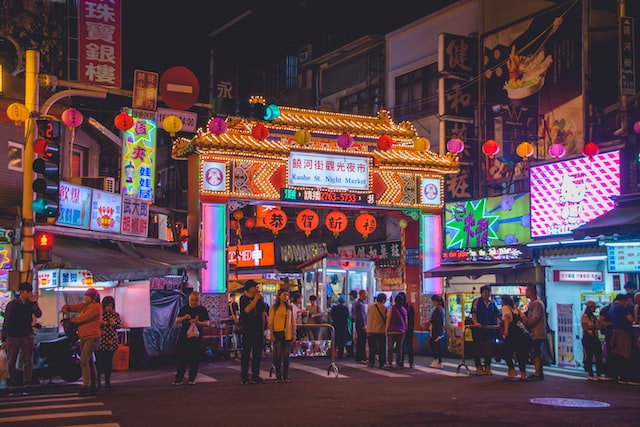 After completely reopening its borders on Thursday and lifting the rigorous quarantine measures in place since the start of the coronavirus outbreak, Taiwan welcomed its first wave of foreign tour groups.

Shortly after midnight, a party of tourists from Thailand arrived, and at Taoyuan airport, they were welcomed with floral garlands and a boisterous dancing bear mascot.

The 53-year-old Valaisurang Bhaedhayajibh claimed she and her daughter Desiree were traveling to Taiwan for the first time in 20 years.

I’d heard about the lakes, the surrounding countryside, and shopping. I’m bringing her over here since she’s on vacation from school,” she remarked.

“It’s really practical. In terms of preparation, we didn’t have to do anything. However, we had all the necessary vaccinations.

According to Tanachot Jaiungwattana, he was last in Taiwan just before the epidemic closed the borders.

“I miss being here,” he remarked. “I enjoy the people and the cuisine.”

Taiwan has received acclaim for how it managed the epidemic, albeit, like its neighbors Japan and Hong Kong, it has been extremely careful about reopening.

Taiwan immediately closed its borders and stopped the initial wave of the epidemic while most nations hesitated to impose travel restrictions at the beginning and deaths rose.

It managed to avoid the coronavirus despite having tight borders. Despite significant losses in the tourism sector, the island’s export-based economy grew.

Taiwan is one of the last countries in the world to abolish the requirement for obligatory quarantine, along with Hong Kong, which just completely reopened to tourists.

The only significant economy to still have its borders closed in Mainland China.

The three-day hotel quarantine period has been replaced by seven days of “self-monitoring” in Taiwan when visitors are required to check their health and wear face masks both indoors and outside.

A coronavirus test kit is provided to visitors upon arrival, and the system will mostly rely on trust for its operation.

This contrast with Hong Kong, where visitors are prohibited from entering pubs and restaurants for the first three days following their arrival and are subject to random testing for a week.