Splash Mountain will close before the reimagining of “The Princess and the Frog,” according to Disney World. 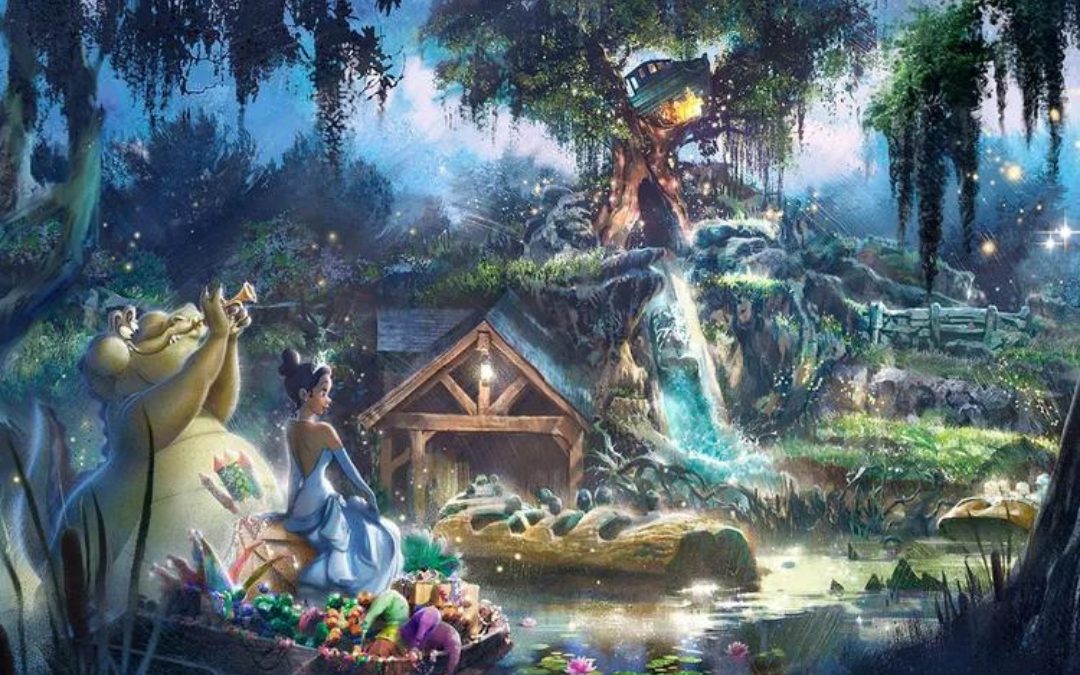 The park also provided further information on what visitors might anticipate from the redesigned experience. Prior to its makeover into Tiana’s Bayou Adventure, Disney World has set a shutdown date for Splash Mountain.

The ride’s new design, which will go out of service on January 23, 2023, will be influenced by New Orleans culture and “The Princess and the Frog” by the Walt Disney Animation Studios.

Additional information about the attractions, including a new scene and animals, was recently provided by Disney as part of the announcement. In the 2009 Disney movie, the attraction picks up where the plot left off.

The exciting beginning of this new scenario is when you first enter the bayou and run into some old and new pals. The experience, which picks up where the 2009 movie left off, is billed as a “musical journey” in which visitors may interact with Princess Tiana and Louis as they get ready for their very first Mardi gras performance.

The glow of fireflies will brighten the night and beckon you deeper into the swamp, almost as if they were waving you on. In addition, the music in the scenario will be Zydeco, a unique kind of rhythm and blues that originated in Louisiana and will make you feel as if you’ve entered Tiana’s world.

Alligators who like jazz Before Tiana meets some new pals, Louis will tell the riders where the music is coming from. A group of cute animals, including an otter, a rabbit, a raccoon, a turtle, a beaver, and others, will perform songs and play instruments constructed out of things they discovered in the bayou. They seem to be playing a greater part in this narrative. On that matter, though, we’ll simply have to wait and see.

In keeping with the general vibe of the attraction, riders will also be treated to Zydeco music, a genre that incorporates styles and sounds from other countries.

It’s representative of our constant goal, which is to use our attractions to bring people from many backgrounds together via classic Disney tales.

We now have a song sheet to put that idea into practice thanks to this new musical journey. Anika Noni Rose, who played Princess Tiana in the movie, Bruno Campos, Michael Leon Wooley, and Jenifer Lewis, who played Louis, will all provide their voices to the attraction.

The Disneyland attractions do not yet have a set closing date. In 2024, Walt Disney World Resort and Disneyland Resort are both anticipated to launch their own Tiana’s Bayou Adventures.