The top national park in the United States is this one. 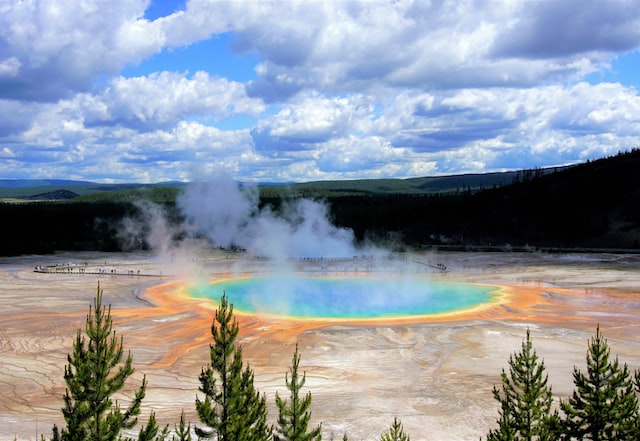 Fans voted Yellowstone National Park as the best national park in the nation.

The year has been significant for Yellowstone National Park. On March 1, 2022, the 150th anniversary of America’s first national park was marked.

The event came after Yellowstone experienced a record-breaking year for tourism in 2021 when 4.9 million people visited the park. The park’s roads, water systems, trails, and electrical lines were then damaged by record rains that occurred right as the busy summer season was beginning.

It was sufficient to put a temporary stop to what was going to be a huge year for Yellowstone, but not completely.

The park’s primary draws were steady even as staff members worked frantically to repair roads and trails. Old Faithful, true to its name, kept on erupting while bear cubs plunged after their moms, bison roamed the broad grasslands, bighorn sheep scaled the park’s most difficult terrain, and moose, elk, and mule deer browsed.

For the oldest park in the country to be stopped, more would be required than a flood.

And maybe because of its consistent magnificence, which has lasted 150 years, World’s Best Awards polled chose Yellowstone National Park as the best national park in the United States. Yosemite National Park in California and Rocky Mountain National Park in Colorado was beaten out by Yellowstone in terms of natural features, activities, housing, wildlife, accessibility, and cleanliness.