These U.S. National Parks No Longer Need Reservations to Visit. 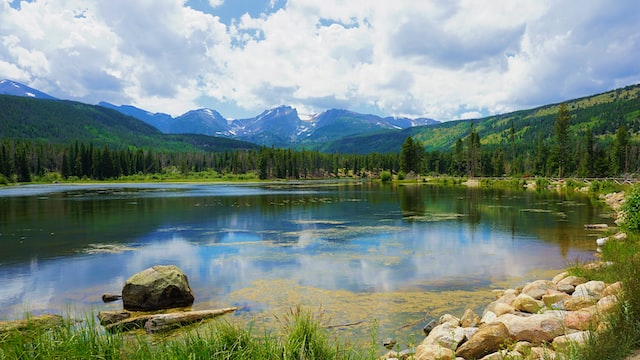 As the fall season begins, parks throughout the country have relaxed their reservation policies.

As the hectic summer season draws to a close, some national parks have eliminated their reservation policies, making it simpler to visit well-liked locations around the nation.

To reduce summertime crowds, the parks developed reservation systems, but they have already mostly abandoned them. And fortunately, fall and winter continue to be some of the greatest times to visit America’s national parks to view magnificent fall foliage and snowy winter wonderland landscapes.

The system was a part of a trial that started in April. According to park officials, tourists can now anticipate heavier traffic and longer wait times to access the area.

The park will now evaluate the results of the experiment to decide whether to reintroduce a timed entrance system.

In a statement, Arches Superintendent Patricia Trap noted that the pilot “reached many of the goals we set out to achieve, including dispersing visitors throughout the day and improving visitor experiences, and also produced data that will shape our future moves.”

On October 10, reservations were also abolished at Yosemite National Park in California, where they had been in place since May.

Glacier National Park in Montana, which had required car reservations for its Going-to-the-Sun Route once it fully reopened for the summer, canceled its trial program for advance reservations on September 11 and closed the west side of the renowned road on October 1 for the season.

Other parks have not yet abandoned their reservation systems. Acadia National Park in Maine will need car reservations for the Cadillac Summit Road through October 22. For entry by foot, bicycle, or taxi, as well as for any other park sections, there is no need to make reservations for vehicles.

In addition, travelers who wish to access Haleakal National Park in Hawaii for dawn between 3 a.m. and 7 a.m. must make reservations.