Where to see fireworks during the UAE National Day in Dubai 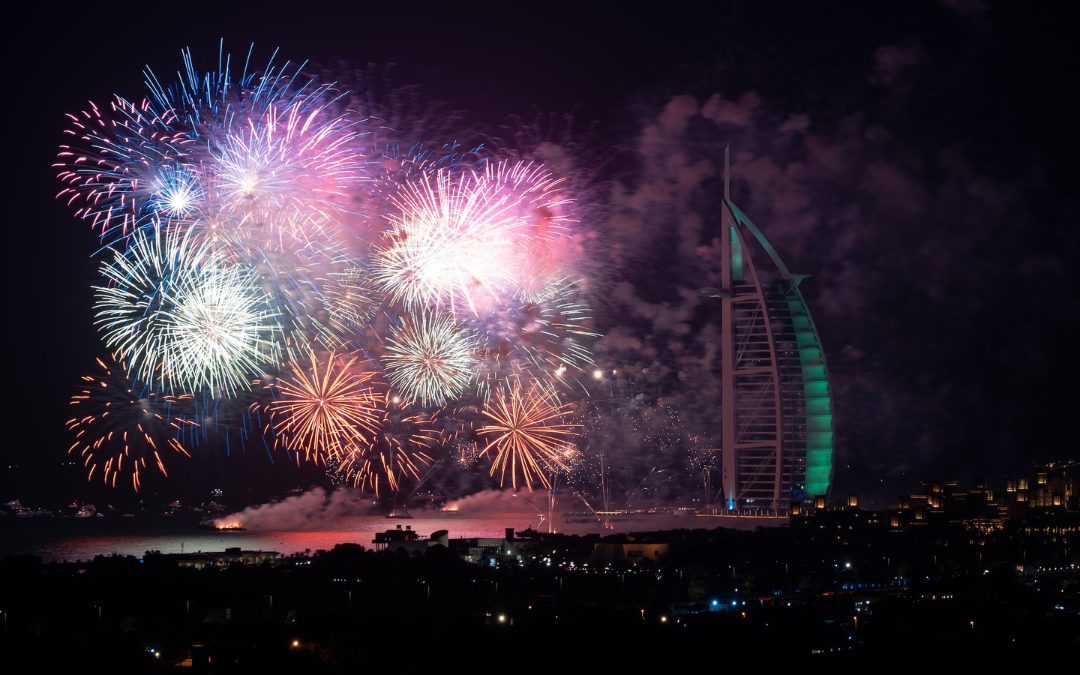 In preparation for the UAE’s 51st National Day celebration on December 2, several places are organizing meal specials, discounts, concerts, and family-friendly events. Another major attraction will be fireworks, which will be displayed in grandiose fashion over the celebration.

While the Burj Khalifa will provide an LED spectacular this year, a lot of locations have already announced that they will host fireworks displays this year.

On National Day, the waterfront attraction on Palm Jumeirah will feature not just one but two festive performances.

On December 2, at 9 p.m., visitors can look forward to a spectacular fireworks display with The Palm Fountain’s dancing water as the backdrop.

Because the fountain will be playing Ya Salam Ya Dubai, the two performances will be a visual and auditory treat.

The song, which translates to “Oh my, My Dubai,” was written by Bahraini-Saudi singer Rashed Al-Majed and Swedish-Moroccan producer RedOne (real name Nadir Khayat).

It is an up-tempo track that fuses Al-Majed’s Khaleeji rhythms with RedOne’s distinctive euphoric dance beats. It was first made available as part of the Dubai Shopping Festival last year.

Verse celebrations in both languages highlight the city’s vibrancy and diversity. From Alaca, Al Safadi, and Zor on the west side to A Cappella, Samakje, and Social District on the east, patrons of The Pointe’s fountain-facing restaurants may see both performances.

On December 2, commencing at 9 p.m., the waterfront addition of Dubai Festival City Mall will host a four-and-a-half-minute fireworks show.

A sensory experience fusing light, water, fire, and music will emerge from the 3,000 fireworks lighting up the night sky in time with the mall’s renowned Imagine laser and fountain display.

On December 2 at 8:00 p.m., fireworks will be shown at JBR’s Beach. These are accessible through a boardwalk from The Beach as well as the numerous food and entertainment establishments strewn along Bluewaters Island. A wonderful place to observe the activity is on the bridge itself.

On December 2 at 8 o’clock, Bluewaters Island, which is across the bridge from JBR, will hold its own fireworks display.

The island will have a lineup of themed entertainment on December 2 and 3 from 4 pm to 10 pm, featuring Ayala, Al Harbia, and Lewa troupes dancing to Emirati folk melodies throughout the avenues, as well as henna artists, traditional handicrafts for sale from local craftsmen, and falconry stations

The Creekside location is well-known for its traditional architecture, which is integrated into the development, warm hospitality, and year-round live performances.

On National Day, come here to take in a parade from 7 to 9 p.m. and fireworks displays from 8 to 10 p.m. on the waterfront.

Up to December 4, the area will also play host to a number of events, including performances by the Al Harbia and Ayala troupes, a majlis with Arabic coffee and dates, henna and falconry artists, a stage show, and kid-friendly arts and crafts workshops.