My journey through Denmark with stops at a castle from the 13th century was made possible by this app. 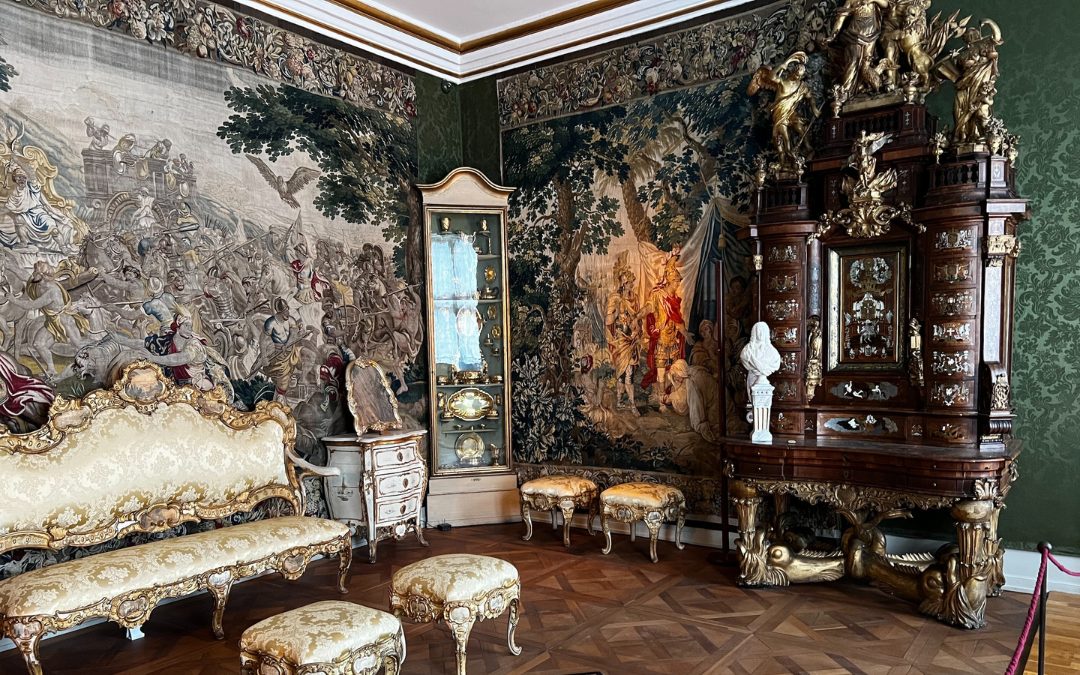 Castles, cobblestone streets, and a brand-new interactive museum in the author’s hometown are just a few of the settings that served as the inspiration for Hans Christian Andersen’s fantastical stories.

Hans Christian Andersen surveyed the lush, green Danish countryside from his apartment at the top of Gisselfeld Kloster.

Chestnut and poplar trees dotted the fields that extended into the distance. A small group of quarreling ducks was visible in the mirror-like ditch below his window.

The writer’s inspiration for “The Ugly Duckling” hit here on a July afternoon in 1842, giving birth to the story. Andersen, who was given the moniker “The Perfect Wizard” by one of his contemporaries for the skill with which he could spin a yarn, rose to fame in the middle of the 19th century after publishing about 160 fairy tales, many of which went on to become ingrained in Western culture.

These stories include “The Little Mermaid,” “The Emperor’s New Clothes,” “The Snow Queen,” and, of course, “The Ugly Duckling.” Born in Odense, on the island of Funen, to a shoemaker and a washerwoman, Hans Christian Andersen developed into a literary giant who frequently socialized with prominent Danes.

H.C. Andersen’s House, a $54 million museum in Odense that honors his life and work, has opened to preserve his legacy. The museum is located in the core of the old town, surrounded by half-timbered homes and narrow, almost microscopic cobblestone lanes.

It was designed by Kengo Kuma & Associates, the renowned architectural studio behind Copenhagen’s upcoming aquatic center and Tokyo’s Olympic Stadium. I felt as though I had entered one of Andersen’s tales as I made my way down a slanting ramp into the museum’s interior.

The writer’s items, such as a collection of touching letters he wrote to friends throughout his life, as well as his photos, drawings, and other mementos, inside the book, provide a detailed account of the writer’s life.

A whimsical method is used in the exhibitions to narrate Andersen’s life story. The audio tour brings to life some of the items on display, including his renowned stovepipe hat, size 14 boots, and cherished pen.

Daniel Handler, better known by his pen as Lemony Snicket, wrote the English script. Of course, Andersen’s most well-known works are also honored. One installation pays homage to “The Princess and the Pea” by stacking 20 different colored mattresses high; another displays a picture of the Snow Queen’s reflection in a mirror.

The Little Mermaid’s desire to be a part of the world above is evoked through a unique subterranean area where guests can look up through a water basin to the sky.

The H.C. Andersen Childhood Home is a satellite to the main museum and is located in the yellow half-timbered house where the author grew up. The family’s poverty is evident from the way the rooms have been adorned, which corresponds to the statements in his autobiography.

Andersen, who referred to himself as a “bird of passage,” traveled constantly throughout his life. Although the museum provides a wonderful introduction to his work, I was interested in learning about his way of life.

I had to travel to the area of the Danish countryside that served as both his residence and his source of inspiration to accomplish that. Visitors can navigate between the opulent estates and mansions in Southern Denmark by using the Hans Christian Andersen Trail App, which displays a network of locations the author visited throughout his lifetime.

There, he would spend his days creating new stories and his evenings sharing his old favorites by the fire. There are more than 100 castles and magnificent mansions on the nearby islands, and roughly 20 of them can be reserved for overnight visits.

The 13th-century Broholm Castle is one of the most notable. Anderson is rumored to have indulged in wine during banquets before retiring to one of the structure’s charming bedrooms.

Additionally, the route passes through locations where the picturesque surroundings can serve as the basis for other tales. These include gardens like Sanderumgaard on Funen and house museums like Egeskov, a well-preserved Renaissance castle situated next to a body of water.

The best of them all, though, has to be Gisselfeld, the location where the Ugly Duckling first appeared on that July afternoon. Andersen would write on the top floor of the castle even though he resided on the lower floors (he was scared of being caught by the fire and always carried a length of rope in his backpack just in case).

Today, guests can reserve a room at the charming Paradehuset B&B in the former gardener’s quarters and eat in the spacious Orangerie.

In Copenhagen, where Andersen lived out the remainder of his days and was ultimately buried, the story comes to a close. There are numerous “Little Mermaids” scattered across the city, and his influence can be seen in everything from the namesake room at his preferred hotel, d’Angleterre, to the numerous monuments of his characters.

Andersen’s favorite word was “dejligt,” a Danish adjective that, beyond the English “delight,” describes an elusive combination of charm and beauty. A universe full of it was constructed by the great storyteller for himself and his audience.

Whether it be in the pages of his writings or the castles, villages, and settings that give them life, that world is still there to be discovered 200 years later.