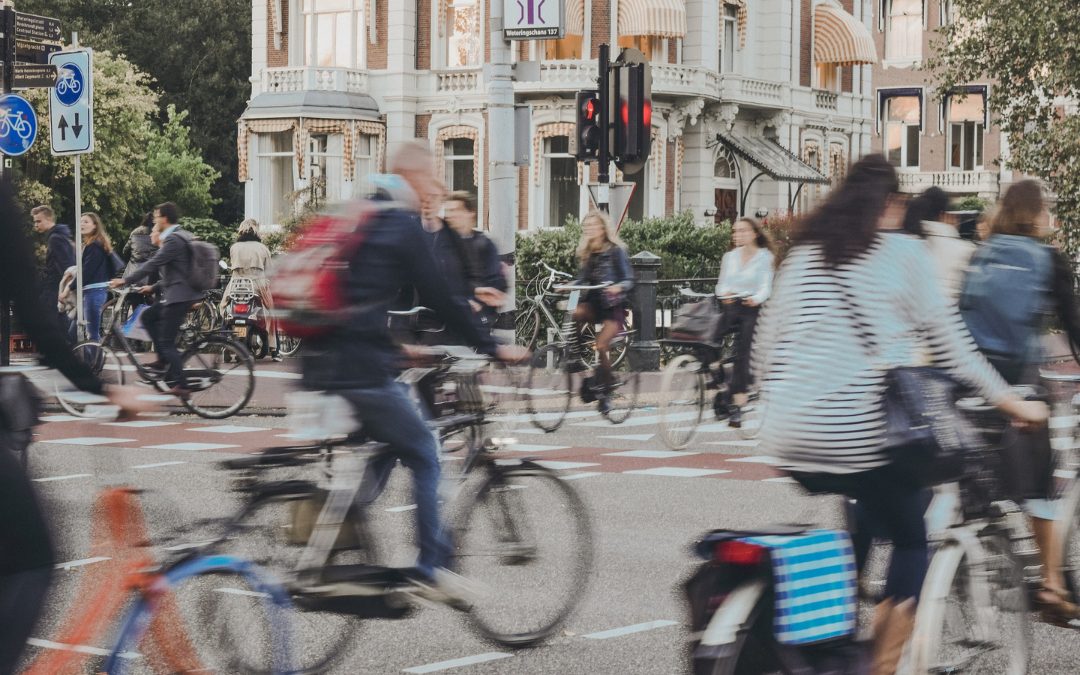 Cycling enthusiasts understand how freeing it can be to cruise along a bike route while admiring a city’s splendor without the drawbacks of congested public transportation or traffic delays.

Additionally, as governments throughout the world work to reduce carbon emissions, more and more cities are urging residents to give up their automobiles and make it simpler for them to ride bicycles.

But which cities offer the best conditions for bicyclists? They mostly reside in Europe.

The number of bicycle riders, weather, crime and safety (accident and bike theft rates), infrastructure, bike-sharing options, and special events like “no car days” are the six key factors that digital insurance firm Luko used to evaluate 90 cities from around the world.

The final findings are given on a scale from 0 to 100, with a higher score indicating a city that is more bike-friendly.

Top spots on the list were taken by cities in Europe, mostly because of the region’s excellent bicycle infrastructure and several “cyclable” days each year.

Here are the top ten cities in the world for cyclists:

What better way to explore the wonderful parks in the German city of Lower Saxony than on a bike? Due to its excellent infrastructure and activities that support cycling, such as “no automobile days,” Hannover made it to the top of this year’s rating.

With its extremely flat topography and network of bike lanes that crisscross the city and link it to other cities, Bremen is another well-liked biking destination in Germany.

Bremen is also the first German city to have a complete “bicycle zone” in the Neustadt area, a neighborhood with a speed restriction of 30 km/h, where bicycles have precedence, and where side-by-side cycling is permitted.

The capital city of Switzerland has made significant investments in high-quality bicycle infrastructure, ranks particularly well for bike sharing, and frequently has “no automobile days.” A relatively small percentage of bikers are killed in the city.

The only non-European city in the top tier of the ranking, the Chinese city of Hangzhou, has 30% of its population that rides a bike and outperforms other competitors in terms of bike sharing.

Due to its excellent infrastructure and numerous bike-friendly events, the Swedish city of Malmö boasts one of the lowest rates of bicycle fatalities in the world.

The capital of the Netherlands may not have been where you anticipated it to be in the first place, but it may be due to its low safety rating: Per 100,000 bikers in Amsterdam, there are more than 1,000 accidents. Its nearest competitor, Copenhagen, only has a fraction of that.

Thanks to a low rate of bike theft and “no car days,” the Danish capital is not only safer for bikers, but also bikes.

The majority of the city’s cyclists continue to ride their bicycles during the lengthy and difficult Danish winter thanks to significant investments made in cycling infrastructure.

The port city in Belgium does not have many dedicated bike lanes, but it has a robust bike-sharing program and regular “car-free Sunday” activities, making it undeniably bicycle-friendly.

Despite the fact that more than 39% of inhabitants utilize bicycles on a daily basis in the German metropolis, there are very few cycling deaths there. The cycling industry frequently holds events in Munster.

The Dutch city of Utrecht stands at the top of this year’s list. Moreover half (51%) of the city’s residents use bicycles daily, and the city receives top marks for its cycling infrastructure and weather.

The highest rating of a UK city on the list, which is conspicuously absent, is Bristol, which came in at number 15 with a score of 43.76 and received excellent marks for minimal theft and solid infrastructure.

Edinburgh is the next British entry, coming in at number 54 overall. Strasbourg and Bordeaux, two French cities that just missed making the top 10, came in at number eleven and number twelve, respectively.