Why becoming friends with a cab driver is a good idea while travelling. 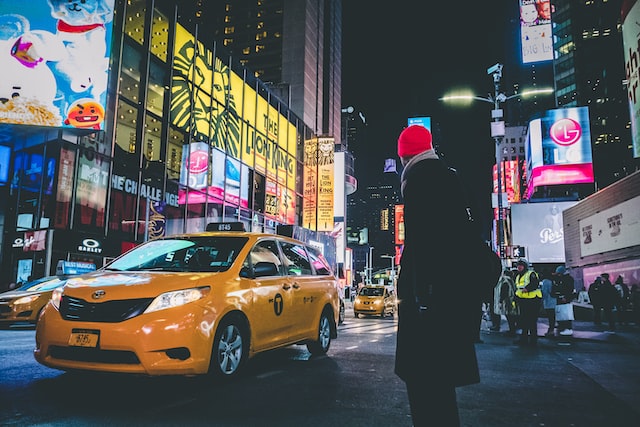 On a business trip to the United Arab Emirates, Irish test engineer Liam Murphy chose to stop at Ferrari World, an indoor amusement park. On the way, he learned that his cab driver had never been to a theme park and that he had asked him along for a day of thrills and roller coasters (such a great person!).

Reading this made me reflect on all the wonderful things I’ve learned from the outstanding drivers I’ve encountered across the world. They are a great help to every traveler, aren’t they?

The city is familiar to them.

Have you ever taken a black taxi in London? They are known across the world for their nearly encyclopedic knowledge of the city and must study for 2-4 years to pass the test that authorizes them to operate these London landmarks. Their extensive knowledge of the city will not only help you get about, but it will also point you in the direction of the best places for breakfast, lunch, supper, and everything in between. They not only know every nook and corner of this enormous metropolis. On that note…

They are familiar with hotspots

Due to my lack of knowledge about where to go, I stopped a cab driver and asked him for the greatest venue for dancing during a recent trip to Lisbon. He gave us his life narrative while we were traveling to this popular location (Urban Beach, for those who are interested) and by the time we arrived, we were cracking up so hard that it created a positive atmosphere for the remainder of the evening. We continue to discuss what he said even now. Yes, Urban Beach was a terrific site to spend our final night in Lisbon. I also never had the chance to express my gratitude to him.

They are knowledgeable about politics.

In October 2014, right before Brazil’s upcoming presidential elections, I traveled there for work. Dilma and Aecio were in a close election, so as someone who has studied political science, I was very curious about who the locals were supporting and why. I was able to engage in many political conversations while we were in traffic (along with my taxi driver friends), which not only helped me better understand what was happening in the country from all these different perspectives but also allowed me to practice and improve my Portuguese.

They are fluent in the language.

Consequently, I have reached my conclusion. Speaking a language with native speakers in real-world scenarios and practice makes for one of the finest methods to learn it (sometimes non-natives as well). Since they are frequently extremely ready to practice with you, taxi drivers are terrific companions if you find yourself in a place where you don’t speak the language but want to learn it and use it as much as possible. After all, it makes the journey more fun for both of you!

Therefore, the next time you’re in a cab, try starting a conversation with the driver. You’ll discover a lot about them as a person and even the nation you’re in, and you could even pick up some helpful restaurant or bar advice. However, always exercise common sense, just like you would while traveling, and make sure you know where you are and where you’re going, as well as that any friends you meet know the same. It might be difficult to refuse an overly enthusiastic taxi driver who wants to go out with you or even marry you, but it’s better to be cautious than sorry.