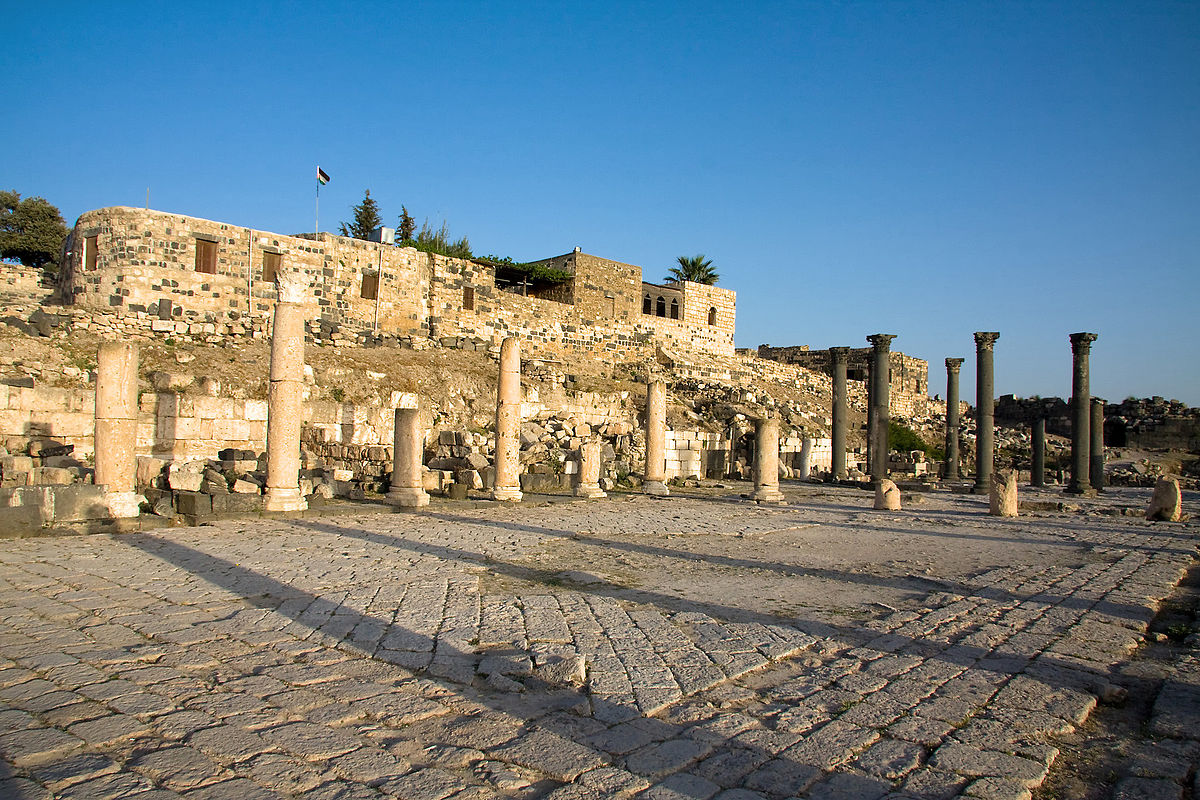 When Gadara was declared a museum, residents were told to move to another location. According to former dictator Ahmad Alomari, they carry the soul of the city.

“This is my house,” said Ahmad Alomari. Worried about moving the debris under my feet, I almost completely forgot his words. I stared at the small black stone and limestone of the homeless in front of us.

“Stay here?” I asked a lot. The golden light of the morning sun shone in the doors and windows, illuminating the lush greenery. With Alomari’s happy nature, I found him playing a game. After all, we were in the ruins of Gadara on the northwest side of the Jordan River. But, unless Alomari is a spirit, it doesn’t exist in 63 BC. When the city became an integral part of the famous Greco-Roman Decapolis, a powerful network of 10 cities was formed when the Romans conquered ancient Palestine.

Private columns supporting three open-air theatres, a basilica, and a temple can be seen on the hillside. From Aloe Vera’s house, I was blown away by the beautiful view of the Sea of Galilee and Israel. A little further east, the southwest of Syria lay before me.

Two weeks ago Alomari was born here, a simple house built of ancient stone left by the Romans.

But the site where Alomari lived has a history dating back to the seventh century BC; The city was occupied by the Ptolemies and Seleucids before the arrival of the Romans in the first century BC. Situated right along the trade route, Gadara had a golden age of economic and cultural growth, with artists and scholars flocking to the city. But over the centuries, Gadara’s popularity and influence began to wane. Changes in trade routes and the earthquake system that destroyed the city’s infrastructure in the 8th century may have helped the evacuation of Gadara. Roman buildings were almost deserted for almost a thousand years.

At the end of the 19th century, the ancient acropolis was rebuilt. “At that time the people here were appointed, shepherds and farmers,” explained Alomari. When someone, along with some of Alomari’s ancestors, found the remains of an old mountain town, filled with wells and building materials, near farmland and the Yarmouk river, they decided to take root. Alomari’s grandfather was probably one of the first to settle in the ruins and help build a new city on the foundations of the old city of Gadara.

Alomari says: “These 2,000-year-old children waved around the rocks that formed the first house. “But my father built this house less than a hundred years ago.”

In the 1960s, the Jordanian Department of Archeology declared an archaeological site for Gadara; currently considering UNESCO World Heritage status. Fireplaces and other objects not considered to have cultural or historical significance were removed, and Aloma’s historic homes were demolished. “The antiquities department prevented us from taking care of our house,” he said.

Alomari said: “My first excavations were carried out in the late 1970s. Shortly thereafter, 1,500 Gadaras were ordered to relocate.

Several families soon moved, buying modern homes in cities near Jordan such as Um Qais. Alomari explains: “Life in the countryside is not easy. “We had to fetch water from the well and wash our clothes by hand. It’s dusty. There are snakes and scorpions. We also have electricity for only a few hours each night, which is provided by a generator.

But since childhood, Alomari has known the heart of his family. “Without a family, this city is now a body without a soul.”

Without a family, the city becomes a body without a soul

Raised in archaeological sites, Alomari loves sharing community life with visitors; Gadara is a long-distance Christian pilgrimage and many believe this to be where Jesus Christ cast demons from two pigs. Alomari’s relationship with strangers is still his earliest and best memory.

He said: “During our stay here, travelers came to Gadara to our home.” They would sit here on our terrace drinking tea and eating meat with us.

He stood at the stone window, and I followed him, down the four corners of the stone that had fallen from the front of the first house. “When I first spoke to a tourist, I was about eight,” he recalls. “He is here,” he said as we approached the entrance to the restored Roman theater to the west. He said, “My friends and I are hiding here too, with the sound echoing in the basalt chairs folded around us.

We continue our journey through the old city, passing through the deserted desert along the highways of Rome, climbing the mountain waiting for a group of free poles, an indicator of where the basilica stood. Alomari said: “Let’s play football here”. “This is our goal”. To this day, no children run or play; in fact, no one else has seen.

“Now it’s a restaurant,” he said, looking at the terrace of the skyscraper with modern tables and chairs. But it was my school. “There is the voice of Aloe and I saw a different kind of sadness.

“When my family moved to a new home in Um Qais in 1987, I refused to leave my hometown,” Alomari said. He was only 14 at the time. “I’ve only been there for three days. I ended up in a tent on our roof in the historic center, with only my bike and mine underneath. “