The island where wallabie rules 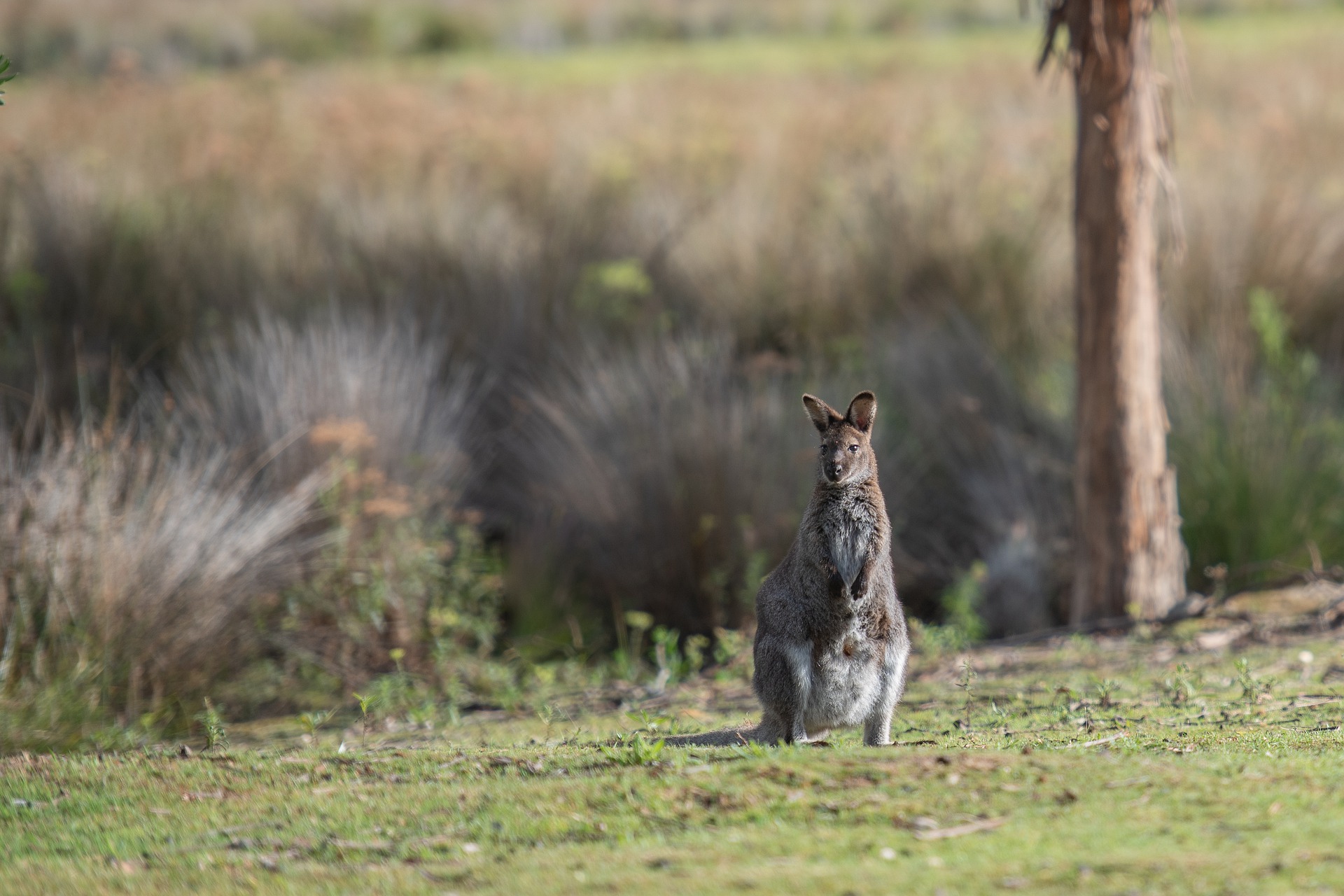 Isle of Arran and Scotland are only colony of wallabie.

There is no graceful way to exit a tiny inflatable vessel as it crashes against the shoreline in an unexpected seiche. With my rucksack dashed over one shoulder and one leg cocked over the dank bow, I clumsily hopped out and plonked my right boot straight into Loch Lomond’s bone-chilling water. I left boot soon followed, thudding into the swampy grass on the remote island of Inchconnachan, the former summertime playground of one Fiona Bryde Gore (née Colquhoun),s.

After being enamored by Inchconnachan for years, I had finally arrived on this uninhabited, 103-acre island in Loch Lomond & The Trossachs National Park; albeit in far less style than a certain Lady Arran would have done. A member of the famous Clan Colquhoun – that, under Luss Estates, still own several islands and a stretch of the mainland on the west of Loch Lomond – Fiona Colquhoun fell in love with this hidden oasis and ordered a timber-framed holiday home, boathouse, and pier for her personal use. All three of these are now derelict; the latter explaining my clumsy entrance.

Colquhoun, born in 1918, grew up on the bonnie banks o’ Loch Lomond and loved exploring the islands surrounding her childhood home at Rossdhu, on the western shore of Loch Lomond. She often returned to Inchconnachan – meaning “The Colquhoun’s Island” in Scottish Gaelic – over other nearby isles of Inchtavannach, Inchmoan, and Inchcruin, due to its mid-loch location and secluded bays that made it ideal for powerboating.

She would eventually earn the nickname ‘the fastest granny on water’

After taking part in a powerboat speed trial aboard the racing boat Miss England III on Loch Lomond at the age of 13, Colquhoun’s need for speed gathered pace. She would eventually earn the nickname “the fastest granny on water”. And after becoming the first woman to travel faster than 100mph on the water by hitting a blistering 103mph on Lake Windermere in 1980, she was awarded the esteemed Segrave Trophy, which is given to Britons demonstrating “outstanding skill, courage and initiative on land, water and in the air”.

“From all accounts, [Lady Arran] was a quirky character,” said Carron Tobin, the former executive director at Loch Lomond & The Trossachs National Park. Today, Inchconnachan remains something of a testament to the countess’ quirks.

After marrying Sir Arthur Gore, the 8th Earl of Arran, in 1937, Colquhoun became the Countess of Arran. At their home in Hemel Hempstead, Hertfordshire, Gore’s penchant for keeping non-native animals, such as llamas, alpacas, and wallabies, was well-documented.

“I understand she introduced wallabies to the island shortly after World War Two, having kept them at her home in England,” Tobin said. “I believe there are around 50 to 60 still living on the island today. Inchconnachan is also home to the capercaillie, an endangered Scottish woodland grouse. It is disputed, but they seem happy cohabiting with the wallabies.”

Considered the most exotic animal species in Scotland, Inchconnachan’s red-necked wallabies are a smaller relative of kangaroos. Though they’re native to the temperate reaches of eastern Australia and Tasmania, the wallabies seem to have developed a particular fondness for Inchconnachan’s moody climate over the years and are even known to hop across the frozen loch and frolic in the nearby woodlands during severe winters.

Like Colquhoun (who passed away in 2013) and her pouched pets, I, too, have a particular fondness for Loch Lomond and have spent countless days exploring it by foot and boat over the years. The largest lake in Scotland, Lomond is laced with 22 islands and 27 islets, mostly covered in dense woodland. It’s those islands, and specifically Inchconnachan, that had long piqued my interest. I was always keen to find out what – or who – was hopping around on these far-flung arboreous isles.

Scotland is one of just a handful of countries in the world where camping is legal amount wild life and animals like wallabie.

While Lady Colquhoun used Inchconnachan to fuel her speed demon dreams, these days it – and most islands on Loch Lomond – is inaccessible by ferry or public boat. Instead, slow-traveling adventure seekers like myself can hire a kayak, canoe, or paddleboard from the nearby village of Luss and paddle 1km across the usually calm waters to the island of wallabies.

Few travelers may realize that, like Sweden’s famed law of wanderlust, Scotland is one of just a handful of countries in the world (and the only country in the UK) where wild camping is legal. And while certain parts of the Loch Lomond & The Trossachs National Park are protected by wild camping Byelaws between March and September, thanks to Scotland’s 2003 Land Reform Act, anyone is free to camp on most unenclosed land throughout the country – including on Inchconnachan.

After being owned by the Clan Colquhoun since the 14th Century, Scotland’s uninhabited “wallabies island” made headlines in July 2020 when it was put up for sale. It eventually sold in March 2021 during Covid-19, but despite its new ownership and status as a private island, Scotland’s wild camping access rights still apply – though it’s important to travel responsibly.

The key thing, says Tobin, is “to leave no trace, and to take back whatever you brought over”.